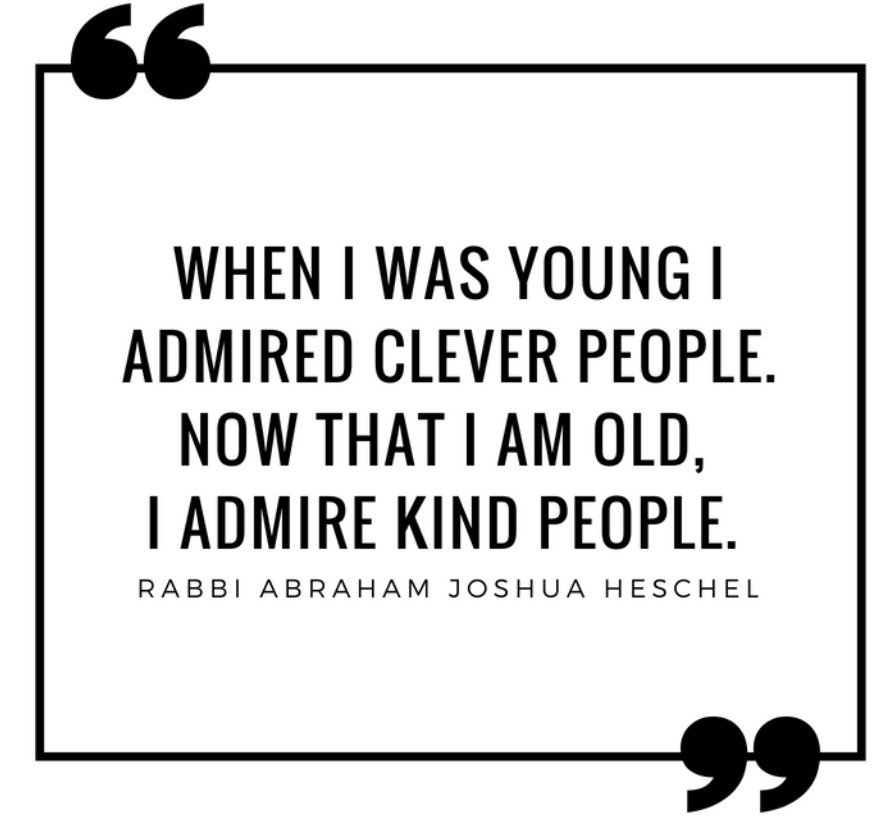 I came across this quote recently by Rabbi Abraham Joshua Heschel:

“When I was young, I admired clever people. Now that I am old, I admire kind people.”

What was funny to me was that at the end of my upcoming book, The Great Team Turnaround, I wrote something similar. Specifically, it says:

My business “heroes” when I was a young entrepreneur were of the classic variety. Steve Jobs, Bill Gates, Jeff Bezos, Mark Zuckerberg, and Elon Musk.

And while those leaders have stories of incredible, mind-blowing success, the more you read about their stories and hear from their team members, the more you realize they did so by looking at their team members as resources rather than people. They created brutally competitive and destructive cultures, pushing people to or past their limits in order to beat their competition.

Everything changed when I started learning about a different class of leaders. Each one is a wildly successful and transformative individual who has launched and grown significant organizations. But they’ve done it with humanity and a higher purpose. This is the list of leaders I now hold up as the real exemplars-Yvon Chouinard, Ben Cohen and Jerry Greenfield, Scott Harrison, and of course, Martin Luther King, Jr. and Bobby Kennedy. These leaders put their heart into what they were doing, and through their passion and focus on making the world a better place, built incredible businesses and movements.

Seeing the difference between these lists of successful people was my first awakening to the idea that you could be successful in the classic sense while also striving to truly make the world a better place. And after much self-discovery, I landed on my personal Purpose of having an out-sized positive impact on the world, and have focused every day since on living into that as best I can.

I believe we all want to be better people, and maybe make some kind of positive difference in the world. The good news is that there are plenty of people in the world to look up to that are doing just that!

And it’s not just the people you admire; it’s also the people you hang out with. The people you surround yourself with make as big an impact on you as anything else (I believe science backs this up).